If you have cookies disabled, you will see this message each visit. 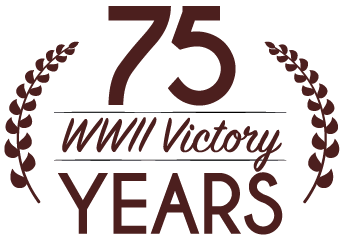 Vintage warplanes of the World War II era are getting a salute to mark the 75th anniversary of the victory in Europe and the end of war in 1945. The spotlight is on some of the most significant U.S. military aircraft in the "Arsenal of Democracy," displaying collective efforts of American industry supporting World War II allies.

As many as 100 of the privately owned aircraft were set to fly over the National Mall in Washington, D.C., to commemorate the war's end. Weather disrupted those plans.

As many as 100 of the privately owned aircraft were set to fly over the National Mall in Washington, D.C., to commemorate the war's end. Weather disrupted those plans.

MOAA is supporting the flyover and related events. The events were organized by the General Aviation Manufacturers Association, National Air Traffic Controllers Association, International Council of Airshows, and the Commemorative Air Force, and supported by MOAA. In September, a similar event has been planned for Hawaii to honor the end of the war with Japan.

The "arsenal" slogan came from President Franklin D. Roosevelt’s fireside chat "On National Security," airing Dec. 29, 1940. He promised aid to the United Kingdom in its fight against Nazi Germany, stating "We must be the arsenal of democracy."

The land-sea-air war was an integrated team effort.

The aircraft set to be featured in the flyover in some cases — such as the four-engine strategic bombers — crossed large land and water masses to carry the war to the German and Japanese homelands.

The fighters had dual roles of protecting the bombers and providing close-air support to the soldiers and Marines on the ground.

The transports carried much-needed supplies in every theater and at every front, as well as dropping paratroopers in precise operations. Vast infrastructures of ground-crew personnel and supplies supported the pilots and aircrews. Here is a closer look at some of the aircraft set to take part in the commemoration.

B-17G FLYING FORTRESS
Builder: Boeing
Mission: Heavy bomber designed to carry out long-distance bombing attacks deep in the enemy’s rear area.
Did You Know: The B-17 and Consolidated B-24 Liberator heavy bombers were to fly in tight formations, concentrating their defensive weapons against attacking enemy aircraft. The German fighters soon learned nose-to-nose attacks were most successful. The Army Air Forces added nose turrets to the bombers, but it was not enough. American losses mounted as the bombers ranged far beyond their escorts of friendly fighters. In an August 1943 raid, 95 of 376 B-17s were shot down or damaged beyond repair. Only when truly long-range fighter escorts joined formations did daylight bombing become a viable reality.
Fast Facts:
First Flight: July 1935
Service: USAAF, USN
Retired: 1962
Bomb Load: 9,600 lbs
Length: 74’4”
Span: 103’9”
Height: 19’2”
Max. Speed: 287 mph

B-25B MITCHELL
Builder: North American Aviation
Mission: Medium bomber designed to carry lighter loads at lesser distances than the "heavies," but usually at faster speeds and lower altitudes.
Did You Know: Famous for the Doolittle Raid of April 18, 1942, when 16 of the twin-engine land-based bombers took off from the aircraft carrier Hornet (CV-8) and bombed Tokyo and its environs. On July 28, 1945, in dense fog, a B-25 crashed into New York’s Empire State Building, killing three crewmen and 11 people in the building. The structure was not compromised.
Fast Facts:
First Flight: August 1940
Service: USAAF, USN, USMC
Retired: 1960
Bomb Load: 3,000 lbs
Length: 52’2”
Span: 67’6”
Height: 15’7”
Max. Speed: 328 mph

B-29 SUPERFORTRESS
Builder: Boeing
Mission: Very long-range heavy bomber designed to be faster, farther ranging, and carrying a heavier bomb load than any existing aircraft. It was specifically targeted for long open-ocean flights.
Did You Know: The B-29 is the only aircraft to have dropped a nuclear weapon in combat. B-29 Enola Gay dropped a uranium bomb on Hiroshima, Japan, on Aug. 6, 1945, and Bockscar dropped a plutonium bomb on Nagasaki, Japan, on Aug. 9. The Soviet Union had so much respect for the aircraft that Premier Joseph Stalin ordered four interned B-29s be reverse engineered and produced for the Soviet air force.
Fast Facts:
First Flight: September 1942
Service: USAAF
Retired: 1960
Bomb Load: 20,000 lbs
Length: 99'
Span: 141’3”
Height: 27’9”
Max. Speed: 365 mph

C-47A SKYTRAIN | DAKOTA
Builder: Douglas
Mission: Derived from the renowned Douglas DC-3 passenger airliner, the plane was so remarkable that the military immediately saw its utility, not just as a passenger carrier and paratrooper transport, but also for cargo.
Did You Know: Although unarmed, it is arguably the most important aircraft of World War II. C-47s carried 22 million tons of supplies and flew 67 million passenger miles. Those in the Air Transport Command on average logged more than 15 hours a day in the air.
Fast Facts:
First Flight: December 1935
Service: USAAF, USN, USMC
Retired: 2008
Bomb Load: 13,139 lbs
Length: 63’9”
Span: 95’6”
Height: 17’
Max. Speed: 230 mph

F4U-1A CORSAIR
Builder: Vought Aviation
Mission: Carrier-based fighter, later ground attack aircraft, the direct result of a Navy push in 1938 to get its carrier-based aircraft up to the same performance level as ground-based aircraft. It was based around a new engine, the Pratt & Whitney Double Wasp.
Did You Know: The Corsair’s inverted gull wing design was a solution to the problem of fitting the engine’s massive 13-foot, 4-inch propeller to the plane. Although designed for carrier operations, the plane suffered from "stiff" landing gear, which made the plane bounce on landing, making it unsuitable. The Navy initially turned over its early Corsairs to the Marine Corps for ground basing. F4Us were credited with destroying 2,140 enemy aircraft in air-to-air combat, a victory ratio of 11.3 to 1.
Fast Facts:
First Flight: May 1940
Service: USN, USMC
Retired: 1953
Bomb Load: 12,571 lbs
Length: 33’4”
Span: 95’6”
Height: 16’1”
Max. Speed: 417 mph

P-51D MUSTANG
Builder: North American Aviation
Mission: Its first versions had great range snd speed, but were limited in altitude capabilities by its engine, improving when that was replaced by a British Rolls-Royce Merlin in 1943. The P-51B and C could fly to Germany and back to England accompanying the bomber streams round-trip. The definitive D model joined the war in mid-1944.
Did You Know: By the end of the war, P-51s claimed 13 enemy aircraft shot down for every 100 sorties, and Mustangs equipped 14 of the 15 Eighth Air Force fighter groups assigned to the bomber escort mission. They shot down 4,950 enemy aircraft and destroyed 4,131 on the ground.
Fast Facts:
First Flight: October 1940
Service: USAAF
Retired: 1957
Bomb Load: 14,501 lbs
Length: 32’3”
Span: 37’
Height: 13’8”
Max. Speed: 437 mph

SBD-3 DAUNTLESS
Builder: Douglas
Mission: Carrier-based dive bomber. At the start of the Pacific War, Dauntless squadrons formed the premier strike force of the Navy’s carrier-based air fleet. They were the tip of the spear against the Japanese in the Pacific until more advanced aircraft arrived in mid-1943.
Did You Know: The SBD was responsible for more enemy ships sunk in the first half of World War II than any other ship or aircraft in the fleet. Dauntlesses flown from the aircraft carriers Yorktown (CV-5) and Enterprise (CV-6) sunk four Japanese aircraft carriers in the Battle of Midway in June 1942, effectively turning the tide of the Pacific war. Its SBD designation officially means Scout Bomber Douglas (built), but crews affectionately called it Slow, But Deadly.
Fast Facts:
First Flight: May 1940
Service: USN, USMC, USAAF
Retired: 1950
Bomb Load: 1,600 lbs
Length: 32’8”
Span: 41’7”
Height: 13’7”
Max. Speed: 245 mph

TBM-1C AVENGER
Builder: Grumman / Eastern
Mission: Carrier-based torpedo bomber. The Grumman Avenger was rushed into production to replace the Douglas TBD Devastator, which had been virtually wiped out in the Battle of Midway.
Did You Know: Nicknamed "Turkey." In its combat debut in the Battle of Midway, five of the six Avengers launched from the atoll were shot down, and the sixth was so badly damaged that upon its return it was written off. Only two of the 18 flyers on board the planes survived. By the end of 1943, TBFs and TBMs were on board every U.S. fleet and light carrier and most CVE escort carriers. There is no difference between TBFs and TBMs of the same mark. The TBMs are simply TBFs built by General Motors’ Eastern Aircraft Division.
Fast Facts:
First Flight: August 1941
Service: USN, USMC
Retired: 1954
Bomb Load: 1,600 lbs
Length: 40’
Span: 54’2”
Height: 16’5”
Max. Speed: 271 mph

This material originally appeared in Military Officer, a magazine available to all MOAA PREMIUM and LIFE members.

About the magazine Join MOAA